By:
Auditors’ Association
Conversing with Tarmo Rahkama, his desire for challenges and excitement quickly becomes plain. He talks passionately about his career as a sworn auditor, doing packaging audits and being a track and field (athletics) umpire. The conservation also swings to the subject of the best recent theatre productions and tennis.
Contents

Tarmo decided already during his school days that he wanted to study economics, since he felt that the world of figures was a strength and the profession seemed to offer potential. Although his goal was originally to become an accountant, life had other plans and he wound up as auditor’s assistant at Grant Thornton 15 years ago and has since made full partner. The work still doesn’t seem dull or routine.

Looking for challenges and finding opportunities

Tarmo is a lifelong Tallinner, but adds quickly that he still tends to spend summers in the countryside and he is no stranger to haymaking and juicing. His interest in the world of numbers developed early on and his aim was clear – the Tallinn University of Technology School of Economics, because financial accounting seemed exciting and structured. ‟At first my goal was accounting, but when I had been studying for some time it turned out that it wasn’t that easy to become an accountant – employers wanted to see experience and practical training. Once, I happened to see a job posting for audit assistant and so my studies continued in the role of assistant and instead of formal education I got a crash course in the field of real-life audit.”

When he was a boy, Tarmo played checkers competitively and there too it’s necessary to think several moves ahead. “I have always liked planning, maybe too much sometimes, I could be more spontaneous. Although spontaneity also exists in audit – unexpected situations arise and need a fast and competent response. I can't complain that things are too routine, as every year has been different to the last.”

“When I started work in 2007, I didn’t imagine that I would be here for so long – soon it will be 15 years. I thought I would gain experience, skills and practice but I really liked the seasonality of the work and possibility to work on many different projects. I saw the inner side of different companies at the grass roots level – constantly new experiences and the possibility to grow.” Tarmo’s career has had a stable upward trajectory, but he has also seized opportunities so that he wouldn’t plateau. He considers himself an expert in packaging audits and at the end of the last season he conducted a training course for Auditors’ Association members on financial administration for packaging enterprises and packaging report quality control.

Secondly, Tarmo considers an advantage of the Estonian audit sector to be the possibility of auditing companies with very different areas of activity even where there is greater specialization in larger countries. He doesn’t have a favourite field for auditing, but says that it would be fascinating to audit a bank: “The scale and level of complexity are something totally different. In the end the figures at the balance sheet, income statement and cash flow level might follow the same structure, but the systems behind it are completely different.”

Tarmo’s colleagues highlight his high energy, positivity and generosity – ask for help and he always takes time out to help a colleague. His culinary skills and friendly office dog Harvey should also be mentioned. “Guilty as charged – I have indeed brought in baked goods to the office,” adding that his speciality is brownies. “I like to eat and to cook – it’s a good pastime that feeds you and also takes the mind elsewhere after a tiring day at work.” 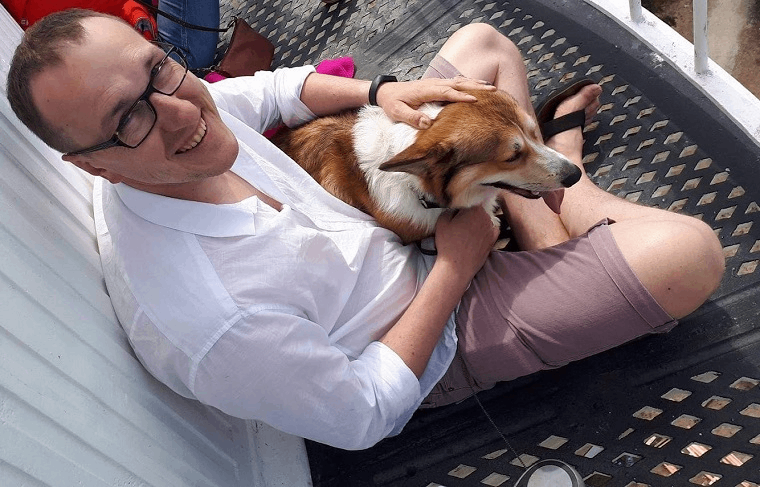 Tarmo takes occasionally to the office his corgy Harvey.

Work tends to make more time for those doing it

The word “challenge” comes up again and again in speaking about his career as an auditor, but the word “excitement” gets added when describing hobbies and free time, which also characterizes his quite unique hobby as a track and field umpire: “I’ve been serving as an athletics umpire since I was a kid because it was exciting and offered challenges. As a teen, I got the umpire flags – it is a great responsibility to be a senior umpire in judging the long jump, pole vault or high jump. I had to document my result and makes sure everything was in line with requirements and regulations.” Today he no longer actively serves as a judge but does contribute to the Track and Field Association’s activities by serving as chairman of the internal audit committee.

Both umpiring and work as an auditor requires him to follow regulations and identify any inconsistency: “Neither job is black and white – if there was any sort of doubt, for example whether the jumper stepped over the line or not, the rules say you have to rule in favour of the athlete. An auditor has more leeway for interpretation – the auditor can have a difference of opinion with the management, it is documented and the impact is on the report as a whole. These jobs are not precisely the same but there are nuances that are comparable.” When asked about his favourite track and field star, he says he roots for everyone equally, a good result is great to watch. 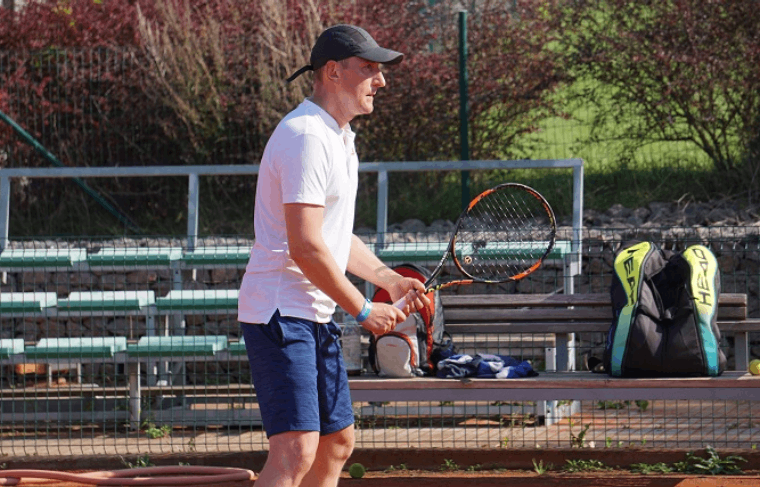 Photo from the Board of Auditors II tennis tournament.

Currently the greatest part of his free time is spent on tennis. “The more you play, the more you want to play and play better. You can see how much emotion and running and effort there is in the sport even at the Auditors’ Association's tennis tournament – one simply has to get the ball over the net. In doubles, sometimes you don’t hit the shot as well as you’d like and you feel you’ve let your partner down. That’s the beauty and agony of sport – sometimes it works out, sometimes it doesn’t. Tarmo adds that the Auditors’ Association’s tennis tourney is a good chance to meet fellow auditors.

From skydiving to theatre and Ironman to Võhandu Marathon

Although recently, Tarmo has been less visible in the audience, he remains a major theatre buff: “I really like going to the theatre but during the pandemic it has happened less often. One long awaited play was Lehman Brothers – it had to be postponed two or three times. It was worth the wait – the cast that included Malmsten, Kangur and Võigemast put on quite a performance. It’s still running, so I recommend it for everyone! It actually contained a lot of the numbers side of things, and as an auditor I kept on wanting to check it.”

Since Lehman Brothers was relatively recent for me as well, we continued to exchange thoughts on the topic and I turned off the recorder. Actually, we also got to talking at length about skydiving, which Tarmo had been doing several years ago. The goal was to get to the point where he would dive solo, but due to changeable weather, he hasn’t made his first jump alone yet. Once the novice skydiver had his jump cancelled due to bad weather when the plane was in midflight, so the saying that skydivers don’t touch down in the aircraft didn’t apply in Tarmo’s case.

Together with colleagues, Tarmo also competed at the Ironman triathlon and when I asked him for photos for this article, he sent me one from 2021 Võhandu marathon and recalled how he hurried there straight from a packaging training course at the Auditors’ Association. “The work of an auditor is full of challenges and that’s why it’s very important for one to have other interests – otherwise you can get buried in work.” 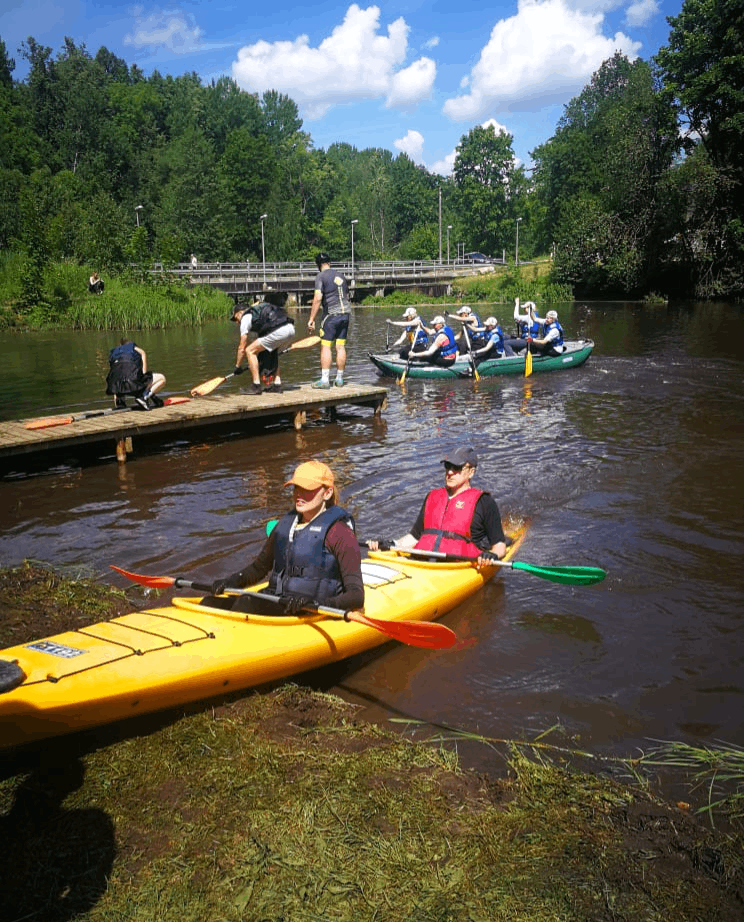 Sign up to get the latest updates by email

To keep abreast of what is happening in the economy, to receive timely information about changes in the law and the most important developments in our service areas, subscribe to our newsletter.