When an employment relationship ends in discord

Sometimes a falling-out between colleagues brings an employment relationship to an end, as a recent real-life case showed: co-workers at a company in the restaurant industry had a row about who was voting for the Centre Party and who was not. The war of words continued on the following days and culminated with one of the employees being terminated for creating a hostile atmosphere at work. That employee turned to the labour dispute committee to challenge the decision.

The easiest option is agreement between the parties

How to dismiss someone who drinks on the job?

An employment contract can also be cancelled for a reason arising from the employee if the employee is at work in an intoxicated state. Proving intoxication is quite complicated in practice, because for the purposes of the General Data Protection Regulation, establishing that a person is in such a state involves processing of special-category personal data and this requires the employee’s consent. Not only that – the subjects can withdraw their consent at any time and say they are not willing to take a breathalyser test. In such a case, the employer can rely on testimony from other employees stating that the smell of alcohol could be detected on the person’s breath and that the person had coordination problems, staggered, etc. If the employee becomes aggressive, an option is to call the police. The police can establish whether the person is drunk.

In order to ensure the proper rules of conduct for handling a case of an employee who is suspected of being intoxicated on the job and if necessary terminating the employment relationship with intoxicated person, I recommend that the procedure for determining intoxication be specified in each company’s internal procedures. The internal procedures are obligatory for the employee and alternatively the employee can be asked for consent for processing personal data, although it should be remembered in this case that the employee can withdraw the consent at any time.

Termination of agreement with an employee in poor health

Life inevitably will bring up cases where the employees’ health keeps them from discharging their work duties properly or where they have to abruptly start taking care of a family member who is ill. In such a case, the employee can extraordinarily cancel the employment contract on the basis of subsection 91 (2) of the Employment Contracts Act. The employer can also cancel the employment contract extraordinarily if the employee has been absent from work due to health for more than four months (Employment Contracts Act § 88, due to reduced incapacity for work due to a health condition). The four months need not be consecutive; rather, these can be cumulated for the entire calendar year.

Recently, the labour dispute committee deliberated on an incident at an industrial enterprise where the employee had been on sick leave for seven months. The employee was responsible for repairs of large pieces of machinery, but his illness involved balance problems. The employer carried out a risk analysis and terminated the contract on the basis of clause 88 (1) 1) – the employee had not coped for an extended period with performing duties of employment due to a health condition, which prevented the employment relationship from being continued. The employment contract was terminated with no advance notice, i.e. the employee had worked for the company for 10 years but was not notified 90 days in advance. The employer nevertheless acted correctly; because an employment contract can in certain cases be terminated without advance notice; and since the employer had conducted a thorough risk analysis in regard to the employee, which showed that if the employee operated the machinery, it would pose a risk to the employee and co-workers, it was not possible to continue to employ him during the advance notification term. However, the employee contended that his rights under the Equal Treatment Act had been violated and the employer’s decision was appealed to the labour dispute committee. The committee found that the employer behaved correctly and a very compelling argument was precisely the thorough risk analysis prepared by the employer. Thus, it is half the battle to dot the legal i’s and document all of the relevant information in writing.

Employers should be more attentive

In practice, there are occasionally cases where the employer has not acted properly in extraordinarily cancelling the employment contract. This may lead to a labour dispute, which takes not just a toll on nerves but also means expenses on hiring legal advisers, to say nothing of possible damage to reputation.

Also appears under...
Labor Law Child leave system to change next year Effective 1 April 2022, when the system for taking child leave will change in the Employment Contracts Act, all parents of children under 14 years of age will be entitled to 10 working days of paid child leave per child under 14. Read full article
Legal Deadline for workplace risk assessments is approaching Under the Occupational Health and Safety Act, employers must compile a risk assessment of the working environment. It is mandatory for employers who have at least one employee (security institutions excluded). Read full article

Labor law What possibilities do employers have to stay afloat in a cr The coronavirus restrictions have put many employers in a very difficult situation. When turnover is down, it’s time to analyse what would lead the company through the difficult times – applying for a new salary compensation from the government, temporary pay cuts, leave or layoffs. Read full article 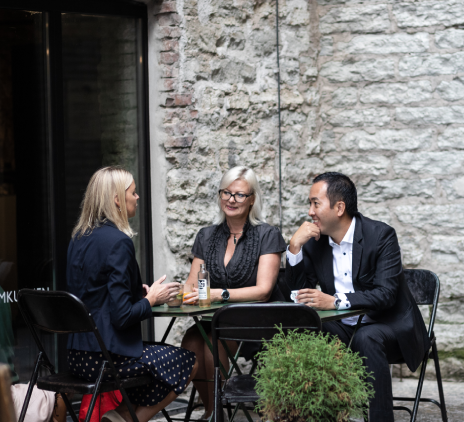 Labor law Home offices have been the biggest game-changer in employme The coronavirus crisis, which started a little more than a year ago, changed quite a few things in employment relationships. One of the most important changes has been the widespread use of working from home offices. Provided that the nature of the job had some degree of compatibility with the format, employees were allowed to work remotely by companies and organisations where this had not previously been the practice. Read full article