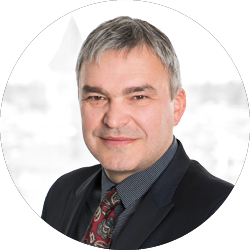 In December, Grant Thornton Baltic’s partner, certified sworn auditor Aivar Kangust was elected member of the supervisory board of the Estonian Service Industry Association. This organisation uniting companies in the service industry is dedicated to smaller government by directing some state services to the free market in a bid to improve the quality of life in Estonia and the country’s success.

Grant Thornton Baltic has been a member of the Estonian Service Industry Association since the organisation was founded, and supports the idea of a smaller government. “If one company talks about this, no one pays much attention, but together, we can be heard better,” Kangust said regarding his work for the association. “I believe that Estonia does not need Nordic-style socialism where the state offers many “free” services as a monopoly. That stifles competition and forces the state to spend more and more to maintain the service at the same quality level. Higher expenses in the public sector mean higher taxes on the private sector,” said Kangust, who also operates as sworn auditor to public sector clients.

The association’s vision is a systemic solution that would help Estonian society and economy make the transition to an information society-based public administration model and achieve the following goals:

The only possible route to realising these goals is to give decision-making rights – the purse strings – to those who need the services, i.e. the citizens. This is a simple step but also involves a paradigm shift that will result in changes to all other processes as well. Private sector service economy experience shows that people’s own sense of material responsibility and personal stake in the result will result in much more savings.

Estonia is thus a prime candidate for an e-system similar to online banking, which would channel the tax revenue raised by the state directly to the people. The necessary benefits would accrue on accounts for specific purposes (education account, social support account etc.) and the final decision on which services to buy on the free market would be left to the individual. “We have talked to politicians about this idea over the years, but since hearing our pitch, no new steps have been taken. We hope that if there is more talk about this in society, politicians will not be able to remain deaf to the discussion. The members of the Estonian Service Industry Association’s supervisory board elected in December 2017 and the management board will start working toward this aim," said Kangust.

Grant Thornton Baltic is one of the leading providers of audit, outsourcing and tax, legal, finance and business advisory services in the Baltics.

The Estonian Service Industry Association is a voluntary organisation that joins forward-thinking companies in the IT, technology, medicine, finance, legal, consultation and creative industries.