Entrepreneur of the year

The biggest risk is laziness 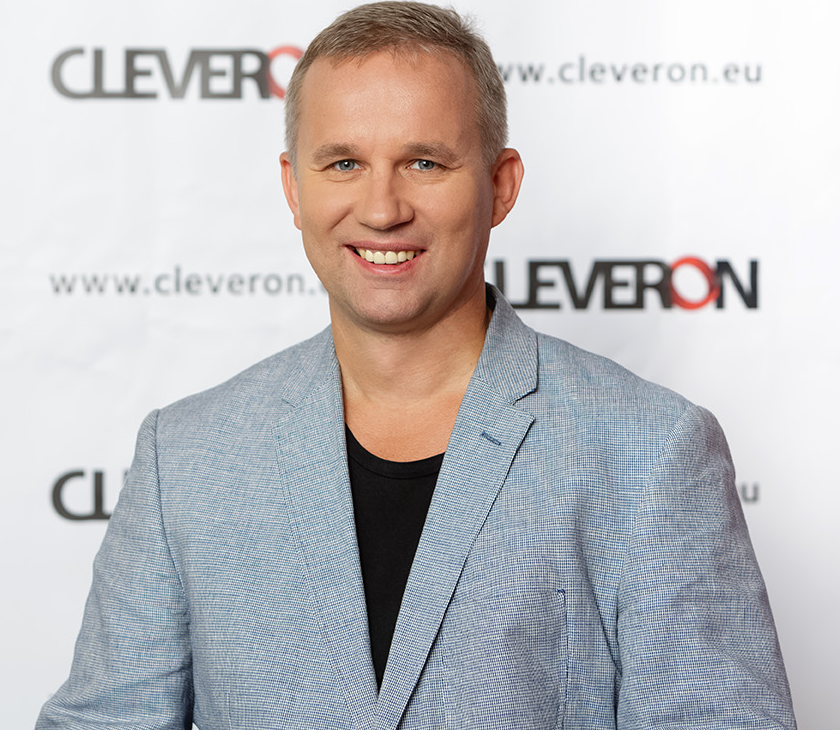 On 9 March, Ernst & Young announced the award winners in the Entrepreneur of the Year 2017 competition. The title went to Arno Kütt and Peep Kuld, the owners and executives of Cleveron, a manufacturer of robotic parcel delivery solutions, and the online store ON24. We’re very glad that Cleveron also happens to be a Grant Thornton Baltic’s audit services client.

We took the opportunity and asked Kütt a few questions.

Your company has grown very quickly in the recent years. Could you say what helps you to be successful?

Although internationally it’s a common adage to “listen to your customer, conduct customer surveys and develop products and services on that basis, in my opinion that will not bring success. Customers tend to be unoriginal, when they voice an idea, it’s typically something they’ve already seen somewhere. If we implement these ideas, we will at best be copying someone else. Success comes from stepping into the customer’s shoes and thinking about what it is that the customer actually needs and expects.

Henry Ford voiced the same idea, saying that if he had listened to customers, he would have still been producing horse-drawn vehicles. People couldn’t have imagined that it was possible to invent machinery powered by engines.

Another important factor is the team. A strong team should be built, consisting of only the finest specialists. Here a sports parallel can also be drawn: a football team that isn’t strong in all positions will probably not be a winner.

Here the heads of a small company have to be aware of when it’s time to reassess priorities and job duties and expand the team.

Not all fast-growing companies are constantly successful. Often they can’t cope with rapid growth and their business stalls. Can you share some failure or setback with us, too?

The biggest risk is laziness. You can’t remain in your comfort zone expecting success will last forever. We have that experience. A couple years ago, we had orders for the next couple years waiting and had secured a pledge from customers that their business was expanding and orders would continue. Then the customer re-evaluated its activities and halted the expansion plans. We were unexpectedly facing the fact that the new orders would not in fact be coming in, leaving a big hole in our plans. The moral of the story – don’t get overly comfortable. Sales activities and the search for new cooperation partners have to be constantly ongoing. Standing in one place – is already equal to stagnation.

What’s your future? What is the future for you?

Right now there are probably around ten thousand parcel delivery terminals worldwide. There are about 3 million ATMs and cash withdrawals are a totally natural activity. We believe that in ten years, the world will have just as many parcel machines and Cleveron is the market leader in producing them.

Let’s talk a bit about competitors, too.

Of course, we have competitors. There are about 20 parcel delivery machine manufacturers around the world, and a couple of the bigger ones are in China. Yet we can say with pride that today Cleveron is the one who is being copied, the one who is the trailblazer. It’s mainly robots and the parcel delivery machines themselves that are copied. Actually, the key to success lies in offering full solution. Just the shell is not enough. You have to offer full solution with software.

The spread of parcel delivery machines is mainly limited by limited vision on the part of decision-makers. For example, talking to the chief executive of a European postal service company, it turned out that they felt our machines were great and should be used, yes, but that it was unprecedented and impossible that everything should take place electronically. Many people would lose their jobs if everything were electronic and there was no need for invitations sent on paper, etc. Paper must certainly stay! That attitude, however, cancels out the advantages of efficiency that full parcel delivery machine service offers.

We have to keep up with the times, too, and adapt to changing needs. When we started our business, we saw our target market as being made of up of postal service providers and logistics companies. But now, our new big opportunity is major retail chains, which are increasingly entering online trading. The first cooperative relationship of this kind is with the US retail giant Walmart, which employs over 2 million people. Like many other retail chains, Walmart offers online shopping. Customers pick up the goods they order at a designated counter at the local Walmart. Thanks to Cleveron’s robots, the Walmart customers can get their purchases faster and more conveniently.

The first five parcel delivery robots were installed at Walmart stores late last year and the next batch is currently being manufactured in Viljandi.

Walmart is definitely not the only retailer for whom the solution is well-suited and certainly retail chains, postal service providers and logistics firms are not the only ones who will benefit from use of parcel delivery machines in future. We think big and open-minded.